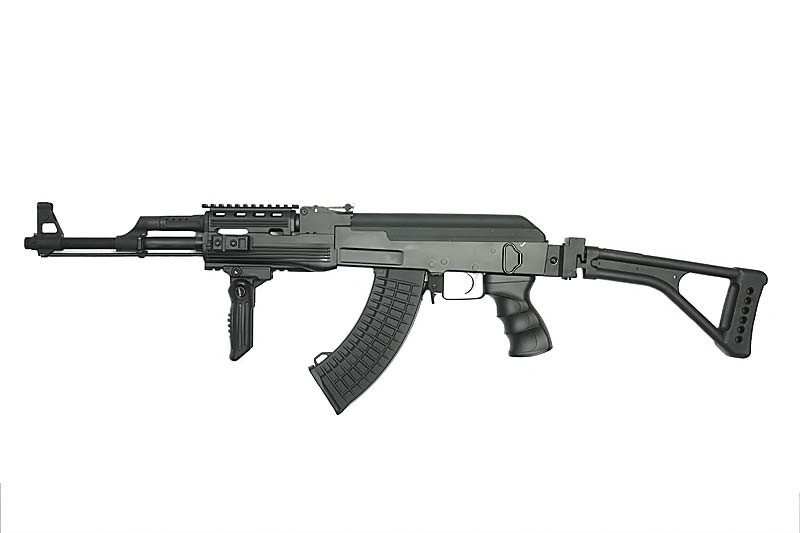 In the Mode 47 Tactical version the replica has a side-collapsible stock. The pistol grip has a profiled shape adjusting to the user’s palm. 22mm RIS rails were used on the foregrip allowing the mount of additional accessories such as a laser marker or a flashlight. The set includes a Hi-Cap type magazine holding 600 BB pellets.