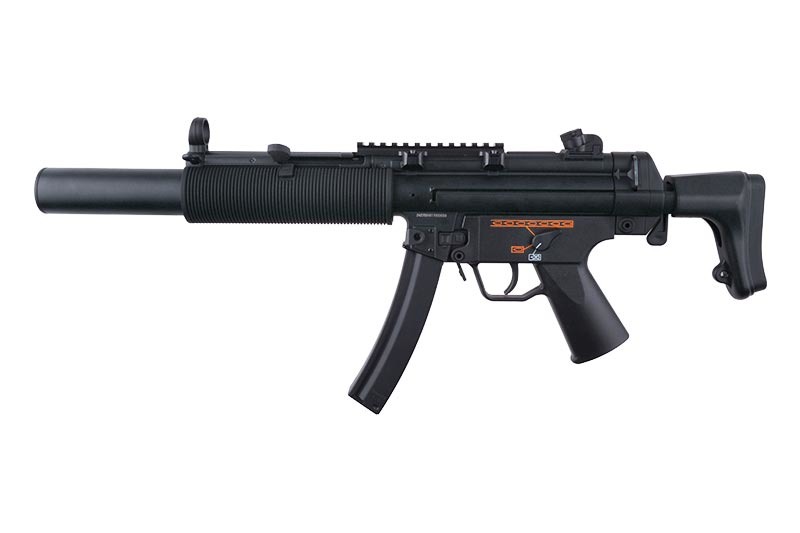 The replica
was made of polymer and metal. Metal parts include the iron sights,
upper receiver, magazine latch and the trigger. The magazine casing and two
latches for the attachment of a tactical sling were made of steel. The
small size of the replica makes it ideal for operating in an urban area as well
as in tight corners. The battery is stored inside the handguard. The set also a
RIS 22 mm rail that should be placed on top of the receiver of the replica,
which will allow for the attachment of various scopes or red dot sights.

The Hop-Up
system adjustment is conducted via a lever located on the left side of replica,
between the handguard and the receiver.

The replica
comes with a Hi-Cap magazine with a capacity of up to around 250 BBs.