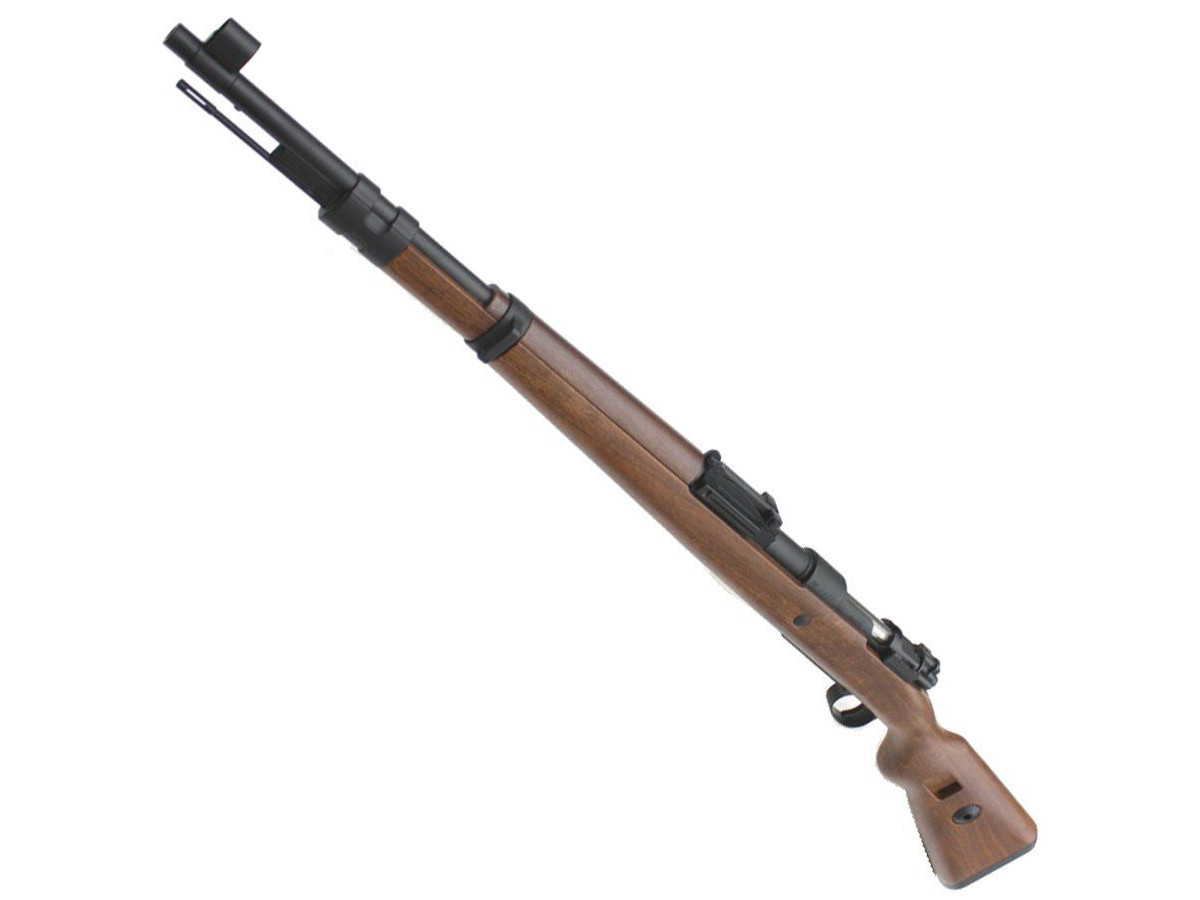 Karabiner 98K was a bolt action rilfe served as the primary German service rifle during the WWII era. It designed based on the Gewher 98 Rifle used by the German Empire and the advanced type Kar98B Carbine developed in 1930. It finally replaced the G98 and 98b and used by Nazi Germany from 1935. 98K equipped a 600mm barrel instead of the 740mm barrel from G98, but it maintained the high accuracy as the G98 did, hence some 98K was served as the sniper rifle in army as well.
The 98K produced from 1939 to 1942 had the best quality and accuracy, but the quality was getting worse as lack of labour and raw materials and simply the production process in Nazi Germany. Although it did has a minor change from 1942, the quality of 98K was even worse than the US M1 Garand. However, 98K now become a legendary and collectable rifle after WWII. Some 98K which were captured during WWII were sold as spare armament and some are served in army as service rifle or contemporary used rifle, and it also popular in civil market for sporting and hunting.
Features: – Iconic bolt action rifle used by Nazi Germany during WWII – Bolt Action Air-cocking Sniper Rifle – Full travel bolt assembly – Comes with Imitation wood (ABS) lower receiver – Comes with Alloy upper receiver – Comes with Alloy bolt assembly with safety – Comes with Alloy trigger – Comes with Alloy outer barrel with dummy cleaning rod – Comes with Alloy front sight and rear sight – Package includes 23 rounds magazine
Specifications: Hop-up: Adjustable Shooting Mode: Safety, Manual (Bolt Action) Bullet Type: 6mm BB Power(Muzzle Velocity): 380 FPS (0.2g BB) Manufacturer : Snow Wolf