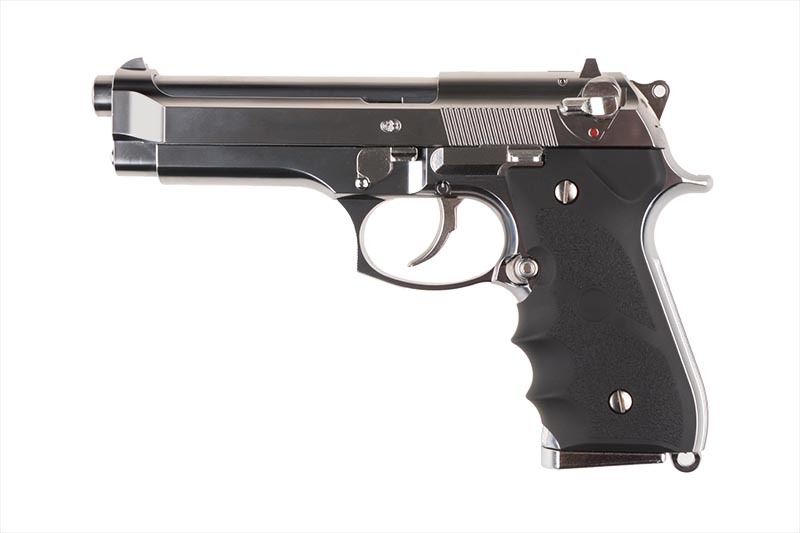 M92F by already a classic, Japanese Tokyo
Marui will be quite a
treat for every fan of US Army sidearms. Like most
sidearm replicas by Tokyo Marui, M92F
was also made mostly from high quality polymer. Metal parts
include: the magazine and the safety. Both the skeleton and slide were made
from polymer.

The
grip features an overlay from soft, rubber polymer, which in combination with
anti-slip texture and profiled shape provides significant comfort of usage. A
winged safety double-sided is located in the rear part of the slide. The
slide and grip bear U.S. military markings. The trigger mechanism operates in SA/DA (single action/double action) modes – which
means that firing the gun is possible only by cocking the hammer beforehand
(either by hand or via the mobile slide) – single action or by so-called
“self-cocking” – by squeezing the trigger completely
through the hammer first becomes cocked and then released resulting in a shot –
double action.

The
replica features Blow Back recoil system. It causes the slide
to be moved backwards after each shot and once the last round has left the
replica, the slide remains in the retracted position. Once a new, full magazine
has been inserted, one must release the slide lock – as is the case in the live
firearm original.

Gas
replicas by Tokyo Marui for many years have been known for their Japanese exceptional
reliability and perfect craftsmanship of internal elements. There is
no need to worry about performance or correct operation of Hop-Up system – this
is a class in its own right.

The
replica comes with a metal magazine with a capacity of up to 25 BBs.