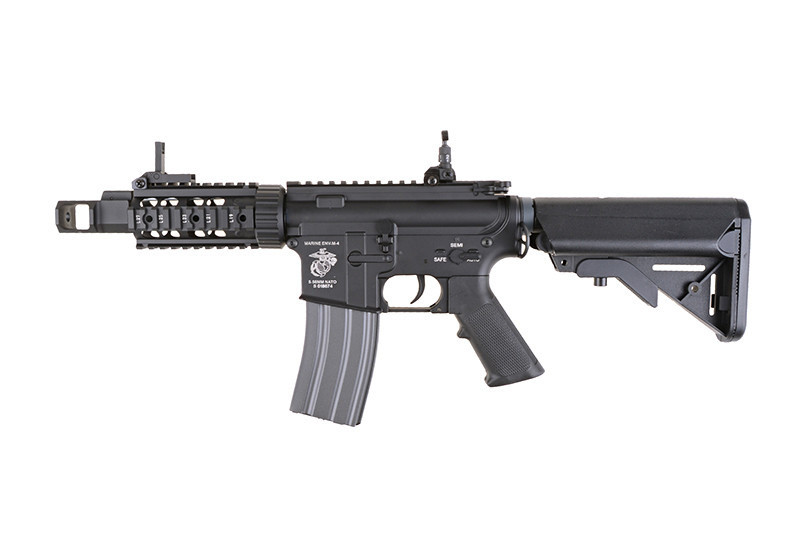 The Specna Arms brand SA-A06 carbine replica made predominantly of an homogenous alloy of zinc and aluminum with the use of steel elements in the most neuralgic points of the replica ( the screws, the pins and the tactical sling attachment points are made of steel ). The SF type stock which holds the battery and the pistol grip were made of polymer plastic. The replica’s body, the RIS rail set were a subject to the process of anodizing what guaranties a high level of protecting the replica against corrosion. The paintjob of the replica itself was made using the pulverization method after a previous sandblasting of the replica’s surface. This ensures the paint’s higher, than usually, durability against abrasion. The replica’s body beads the USMC markings.

The replica was fully adapted to cooperate with LiPo and LiFe type batteries. Thanks to the basic muzzle velocity of about ~370 FPS which is guaranteed by the default main spring, the replica is perfect to be used in middle distances. The set also includes an M90 main spring which allows to decrease the muzzle velocity to about ~270 FPS making the replica perfectly adapted for short range operations or fighting inside buildings.